An interview with Dr Merle Collins

I have respected and admired  Dr Merle Collins for some time and felt honoured to have the opportunity to interview her on her recent visit to the U.K. She is an academic, an author, a poet, a theatre director and a biographer. She was here to launch her latest publication “The Governor’s Story.”

The book chronicles the life of Dame Hilda Bynoe, the first Black female Governor in the Commonwealth; previous ones had been White and male. It is incredible to think that the first female Governor was from the small Caribbean island of Grenada given that the Commonwealth includes Australia, New Zealand, Canada and India. It was an incredible achievement for her and for women. 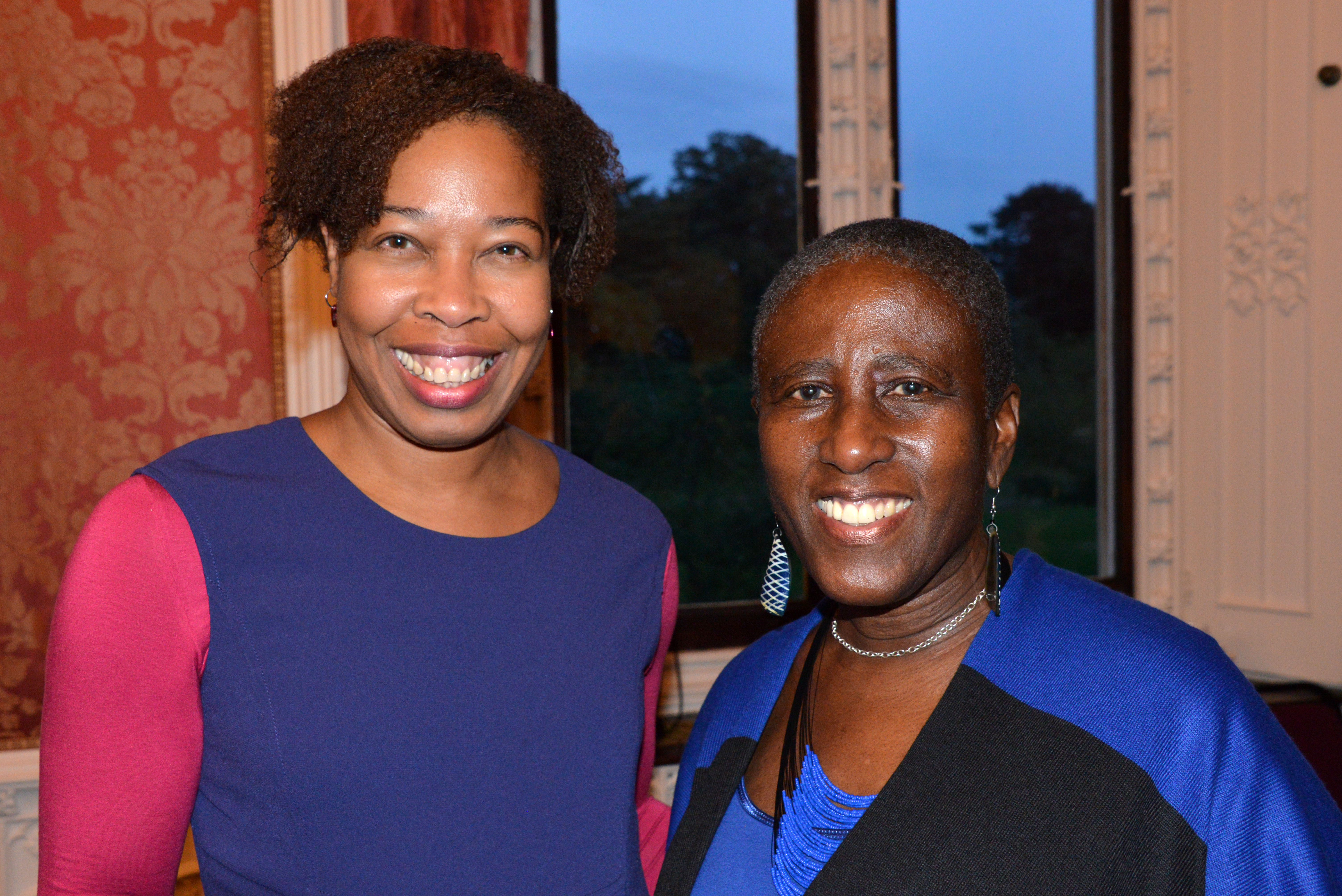 Me with Merle Collins – picture by Mervyn Weir

I met with Merle Collins at Senate House in London where she was scheduled to speak at a poetry event. With busy schedules and unreliable technology it took commitment from both of us to get the interview done. I experienced her as a warm and engaging person very much comfortable in her own skin.

Merle Collins experienced her primary and secondary education in Grenada before earning a degree in English and Spanish at the University of the West Indies, Jamaica. Her time in Jamaica gave her an insight into social class in the Caribbean. As well as teaching Spanish in Grenada and St.Lucia she also spent some time in Mexico, fine tuning her language skills and getting an insight into Mexican cultures. She would discover the ethnic tensions between Mexicans descended from Spaniards and those whose ancestors were Amerindians. Unfortunately she also found herself stared at as an exotic rarity. This would lead her to study for a Masters in Latin American Studies in the USA.

Now in her early thirties, Merle returns to Grenada and becomes a civil servant in the Peoples Revolutionary Government of the late Maurice Bishop. With her translation skills  she found herself travelling with the then Prime Minister and being used  as an interpreter at various high level meetings. She enjoyed being the government coordinator for research on Latin America and the Caribbean. She would leave Grenada in 1983 – the year the revolution ended and the Americans invaded.

In recollecting those days Merle looks to her poems and writings of the time. She remembers the passionate discussions and excitement at the start of the 1980’s when everyone felt they were making a positive difference. However by 1983 there seemed to a bit more control by the state, no doubt coming from a place of fear.

As well as being saddened by this turn of events Merle found herself  with lots of questions. She moved to join family in England and this would give her a new start in finding answers to many complex questions. She was able to respond to some of the global narratives of Caribbean culture by creating characters who give an insight into a more nuanced culture.  She published her first novel ‘Angel’  in 1987. She was also completing her Ph.D. in Government at the London School of economics so the novel was mostly written on long train journeys! During 1984 to 1995 Merle taught at the University of North London. For some time now she has been Professor of Caribbean literature at the University of Maryland in the USA.

Along the way Merle has written two books of short stories, namely The Ladies are Upstairs and Rain Darling.  As well as writing chapters in several anthologies she has also published three poetry books. These are: Because the Dawn Breaks (1985), Rotten Pomerack (1992) and Lady in a Boat (2003).

Merle’s academic work and her publications all influence her work in the community in which she lives. Whether in the Caribbean, U.K. or U.S.A., she has been part of theatrical groups bringing performance, mime and African music to the delight of audiences. Through  her own group, Carivision Community Theatre, she stages several productions for an appreciative audience.

This brings us up-to-date with her first biography, ‘The Governor’s Story’. Merle was fortunate enough to spend time with Dame Hilda Bynoe and the interaction between the two helped  to inform how the book was written. Dame Bynoe was Governor General  of Grenada from 1968-1974 in the government that preceded the one  that Merle worked in. Despite being  on different sides politically, and from different generations, the women  had great respect for each other and recognised that each desired to serve her community. The biography is the story of a significant individual and her family, her relationship with the country she served and the greater story of Caribbean politics and migration  at the time.

As my time was ending with Merle Collins I wanted to know who she admired and what her plans were for the future. She admired Louise Bennett for educating people through theatre and Toni Morrison for the clever way in which she uses history in her fiction. Others are also admired for their use of language and politics. For the future she plans to continue to write novels, poems, short stories and maybe even another biography. So with all these international postings and global success where does she call home? Grenada, of course.

The Governor’s Story by Merle Collins is published by Peepal Tree Press and available through their website www.peepaltreepress.com.

Posted under Interviews and tagged with Grenada
Comments (2)

2 Responses to An interview with Dr Merle Collins